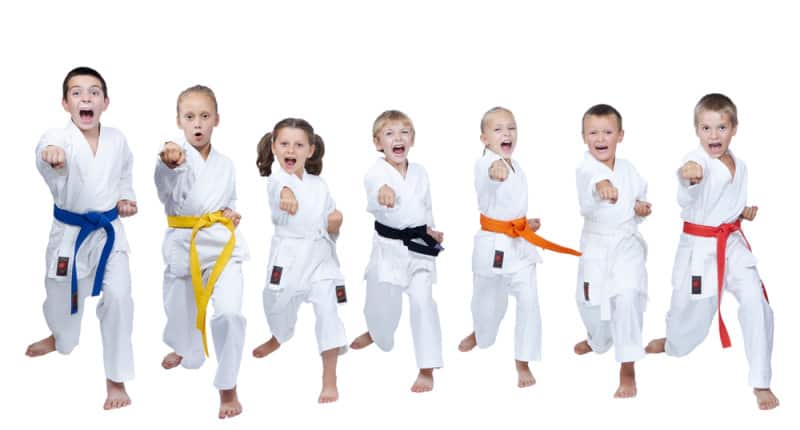 Karate is a martial art that many people practice for self-defense or physical fitness. The goal of karate is to become proficient in using basic techniques and principles to defend oneself from physical attack.

There are different ranks in karate, each with different requirements and privileges.

What Is The Highest Rank In Karate?

Karate is a martial art that originated in Japan. It is practiced by both men and women of all ages and is considered one of the most popular martial arts in the world.

Karate practitioners wear white uniforms called gi and use their bare hands and feet to strike and defend themselves.

The goal of karate is to disable an opponent with a single blow, and practitioners train hard to develop strength, speed, and coordination.

Karate is divided into several different ranks, with the highest rank being 10th dan. This rank is achieved only by a handful of practitioners who have dedicated their lives to the art.

To reach 10th dan, a karateka must have exceptional skills and knowledge, as well as a deep understanding of the philosophy behind karate.

Those who attain this rank are true masters of the art and are respected by all who know them.

The amount of time can vary but it can take around 40 years to become a 10th-degree black belt in karate.

Which Color Belt Holds The Highest Rank In The Karate Belt System?

There are generally seven main colors used in the karate belt system, with white being the lowest rank and black being the highest.

In some systems, there may be an additional belt color used for distinguishing between different levels of black belt holders.

The order of the colors generally goes white, yellow, orange, green, blue, brown, and black. However, in some cases, the order may be slightly different or there may be additional colors used.

For example, in the United States Karate Federation (USKF) system there are eight colors used, with purple being ranked between green and blue.

Therefore, the answer to which color belt holds the highest rank in the karate belt system can depend on which particular system is being used.

Overall though, black is generally considered to be the highest rank regardless of which system is used.

What Do The Karate Belt Colors Represent?

There are many different colored belts in karate, each representing a different level of experience and expertise.

The commonly used belt colors are white, yellow, orange, green, blue, brown, and black. Each of these colors has a specific meaning and purpose.

The different belt colors are a way to signal to others what level a person has attained in their karate training.

They also serve as a reminder to the student of how far they have come and what they have accomplished. Wearing a colored belt is an excellent way to show pride in one’s achievements and showcase one’s dedication to the art of karate.

While karate has its origins in Okinawa, it has been practiced in various forms all over the world for centuries. As a result, there is a great deal of diversity in the way that karate is practiced today.

Different karate systems often have different styles and the karate belt ranking system. For example, some systems may place more emphasis on striking techniques, while others may focus more on grappling or ground fighting.

Some systems may use a traditional belt ranking system, while others may use a more modern system that uses color-coded belts.

Ultimately, the best way to determine the differences between karate systems is to try them out for yourself. By doing this, you can find the system that best suits your needs and preferences.

What Are The 9 Famous Karate Belts?

Each color has a different meaning and purple is the highest beginner level. After purple, it goes to brown which means you are an experienced fighter.

Red is the color of danger and extreme power.

Karate practitioners should try to obtain the rank of black belt. Black belts are held in high esteem and earn great respect from their peers.

Obtaining a black belt is no easy feat, and requires years of dedication and hard work. But for those who achieve this goal, the rewards are more than worth it.

There are many martial arts disciplines out there, and they all have their own benefits and drawbacks. Krav maga is considered one of the deadliest martial arts, but is it really? Or is MMA or Muay...