Nowadays with all of the turmoil and events happening around us, self-defense has been a topic talked about frequently. Knowing how to defend yourself can be the difference between life or death in some cases. It is sad that we have to feel this way, but luckily there are several martial arts designed perfectly for self-defense. Now, most people focus specifically on having one attacker but what about if you have more than one.

Martial arts can still be extremely beneficial in a situation where there is more than one attacker. If you are training in martial arts, you can get trained on what to do when multiple people are coming after you.

This is a very important topic to talk about because many times in a situation, there are several attackers and one victim. If you learn a little bit about how to deal with this, you could help save yourself or someone else around you. If you do end up learning how to fight against multiple attackers, share the information with those close to you so that they are a little educated about it as well. Even knowing a little bit could make a big difference.

This martial art is actually Israel’s national martial art. This form brings together multiple techniques from other martial arts for self-defense purposes. The best part about this specific form is that typically attack and defense techniques are done simultaneously.

This is great for self-defense because you want to defeat your attacker and get away as soon as possible. This is also great because it allows you to defend yourself against more than one attacker. If you can simultaneously attack someone and defend yourself, you can get away from multiple attackers easier.

Krav Maga is also known for aiming at being able to disarm weapon-carrying attackers and work on hand-eye coordination. Its overall goal is for self-defense to become a natural reaction for each individual who practices Krav Maga.

I trained in Krav Maga and we worked on multiple attacker scenarios.

The key is you can only fight one person at a time. This is not like the movies where you see people fight 5 to 10 guys at the same time. That crap does not work so don’t think you can do it. What you have to do is position yourself to take on one person and the other attackers are behind the first or at an angle that makes it hard to get to you. You have to move fast and be efficient in taking out the first attacker.

If you do not take out the first attacker quickly you are in trouble. 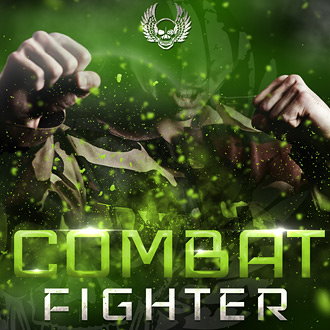 If you do know a little about boxing, what you would want to focus on for this kind of situation would be moving and trying to keep only one attacker in front of you. Using punches like jab and a rear cross knockout you may be able to drop the first guy fast so you can focus on the second attacker.

Use power punches like a rear cross, uppercut or hook punch. Do not throw haymakers they open your defense up to other attacks.

Jiu-jitsu actually originated in Brazil and is a combat sport that specializes in ground fighting. It is often known as “Brazilian Jiu-Jitsu”. This specific martial art had come about after implementing different techniques based off of other similar martial arts. The basic goal of this martial art was to prove that if you know enough about Jiu-jitsu and practice it hard enough, a small weak person could defend anyone using the moves they learned.

This is why it is often used in self-defense because attackers are usually bigger and stronger than their victims. This means that there are moves and techniques that easily allow a small victim to get away from their large attacker.

The techniques and moves used in Jiu-Jitsu are not about size or strength, they are simply about mastering a martial art. The more time and effort you put in, the better you will be no matter what your prior experience may be.

This is a great form to use for self-defense in general, however, it can also be used with multiple attackers because of its specific techniques and emphasis on how size and strength do not necessarily have to matter. You will have to stand up and throw or flip each attacker to the ground. You will not be able to take the first attacker to the ground. You need to throw or do a Judo flip hopefully hurting them when they hit the concrete. Then on to the next attacker.

This is very difficult to do and you have to be a high-level fighter to really fight off multiple attackers. If you let them surround you then you are in trouble.

I know what you are saying that Muay Thai is a sport so it is limited in self-defense against multiple attackers. I disagree because this sport is brutal so only a few hits and kicks can easily knock an attacker out.

Muay Thai mostly focuses on punching, kicking, knees, and elbows. The other important parts of Muay Thai are balance, power, and speed. Being successful at Muay Thai requires a great amount of toughness. This is why Muay Thai is such a great system for self-defense because it is a system built for stand-up fighting that has devastating strikes.

Movement, speed, and power are so important when defending you, especially against multiple attackers. The fighting position requires you to be light on your feet so that you can be fluid and strong.

Muay Thai fighters pride themselves on being tough. They can handle many kicks or punches in a street fight. They have conditioned their bodies to take hits. I know not everyone that trains in Muay Thai are training like the pro fighters in Thailand.

The point is this art is deadly and it only takes a few elbows and knees to drop an attacker then deal with the next attacker.

I did some Arnis training when I was practicing Jeet Kune Do. It was a very effective fighting art that probably not too many people in the US know about. This is really popular in the Philippines.

According to Wikipedia Arnis / Escrima: Arnis, also known as Kali or Eskrima, is the national sport and martial art of the Philippines.[2] The three are roughly interchangeable umbrella terms for the traditional martial arts of the Philippines (“Filipino Martial Arts”, or FMA) that emphasize weapon-based fighting with sticks, knives, bladed weapons, and various improvised weapons as well as “open hand” or techniques without weapons.

In Arnis, students learn to fight first with weapons then once they get really good the move to empty hand fighting. The training usually has fighters learning double stick fighting using both hands or one hand has a stick and the other a knife. The training wants you to have a weapon in both hands, not just one.

These practitioners are deadly in a fight if they have a weapon and even doing empty hand. They train to fight in the street or be able to defend themselves.

This is a stand-up fighting martial art. This martial art has katas and sparring. The reason we have this listed is the sparring because it is much harder than most fighting schools.

They do have some rules when fighting like no elbows or hand strikes to the head or neck. You can in sparring punch to the body, kick the head, do knee strikes, kick the leg / inner thigh. Full contact fighting is really what you want to get to when training in this martial art.

The training is hard and sparring is more realistic than most schools. This is why we think this martial art will help you fight off multiple attackers.

Kickboxing is a combat sport that uses a lot of kicking and punching. It can be used against multiple attackers because of its diversity in techniques and its power and quickness. It basically combines a lot of techniques from other martial arts which is another reason why it is good for self-defense because you have a little bit of every form.

Kickboxing allows you to have many “weapons” to use. You can use your hands, feet, elbows, and head to defeat your attacker.

Knee and elbow strikes can really make the difference when it comes down to fighting against multiple people.

There are also different forms of kickboxing, so it is kind of a broad term. Overall kickboxing is a contact sport that is used for many things but great for self-defense. This is especially useful when your attacker is unarmed.

The kicks and blows that are taught through kickboxing are meant to be lethal and powerful while also being quick. There are also some schools that teach techniques that focus on getting a weapon out of an attacker’s hand. This can be very important especially if you have multiple attackers with multiple weapons. It is important to think about different situations that could happen.

Overall there are many martial arts that can help you when you are in a situation fighting off multiple attackers. Don’t be afraid to try out a few different martial arts until you find one that is best for you. Because no matter what martial art is best for certain things, whatever you will do the best at will benefit you the most. Make sure you pay attention to the different techniques used when your attackers do or do not have weapons. These make a difference and could really help you in any bad situation you may get into. This will help not only you but others that are close to you as well because you will know how to defend them too.

Even if you do not excel at martial arts, learning about self-defense and gaining knowledge will still help you tremendously. You do not have to worry about perfection when you want to learn self-defense. As long as you are able to defend yourself, that is all that matters.

Open your mind to learning about these things and take into consideration which martial arts are the best for multiple attackers. Self-defense is a great thing to know and thinking about having more than one attacker is very important. You are already a step ahead of others by reading this and getting more educated on self-defense.

To learn how to fight and how to defend against multiple attackers you can check out our online training program. You can do it from your home and it’s much cheaper than going to a local club.

You can also check out this article the weakest parts of the body to punch.

Welcome to Train to Fight Back. This is my blog where I talk about all things self-defense. I’ve been involved in self-defense training for a very long time and have a strong belief that the best way to stay safe is by getting the proper training! I can show you the best ways I’ve learned to keep you and your family safe.