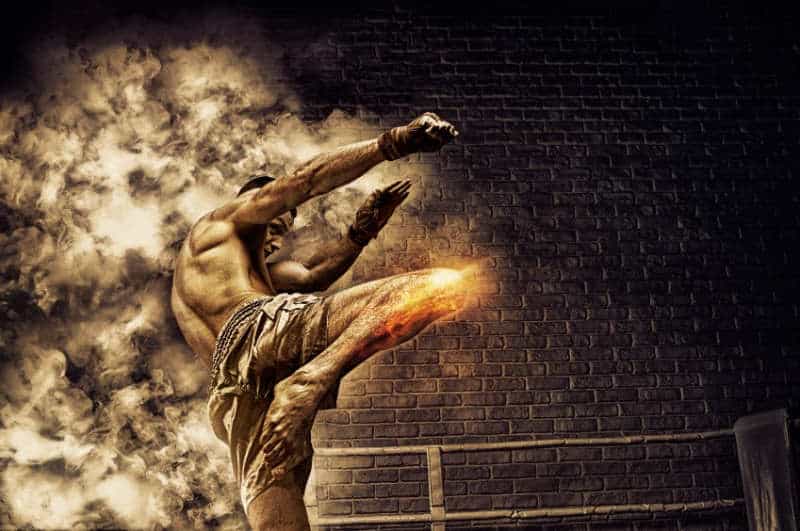 There are many martial arts disciplines out there, and they all have their own benefits and drawbacks. Krav maga is considered one of the deadliest martial arts, but is it really? Or is MMA or Muay Thai a deadlier art? Let’s take a closer look at which martial arts is the deadliest.

Here is the list of the world’s deadliest martial arts.

Krav Maga is a deadly martial art because it is designed for real-world situations. It is simple and can be used by anyone, regardless of size or strength.

Krav Maga incorporates techniques from a variety of martial arts, making it a very versatile style. It also focuses on self-defense rather than competition or sport, which makes it ideal for real-world situations.

MMA, or mixed martial arts, is a sport that has quickly gained popularity in recent years. It is a full-contact sport that combines techniques from various martial arts disciplines, including boxing, Brazilian jiu-jitsu, judo, and wrestling.

MMA is considered a deadly sport because of the many ways in which a fighter can be injured or knocked out.

For example, a fighter may be punched in the face and then knocked out by a kick to the head.

Muay Thai is a martial art that originates from Thailand. It is a form of kickboxing that incorporates punches, kicks, knees, and elbows.

The combat martial art Muay Thai is known as “the art of eight limbs” because it uses all eight points of contact: two hands, two feet, two knees, and two elbows.

Muay Thai is a very powerful and effective martial art that can be used for self-defense or in competition.

Muay Thai is deadly because it is a full-contact sport that involves striking an opponent with punches, kicks, knees, and elbows. It is a martial art that has been around for centuries and is used by military and law enforcement personnel all over the world.

Combat Sambo is a form of mixed martial arts that originated in the Soviet Union. It is a deadly art because it combines techniques from various martial arts such as judo, wrestling, and boxing.

This makes it very versatile and effective against most opponents.

Vale Tudo is a deadly form of fighting that is not regulated by any specific rules. This makes it very dangerous, as fighters are free to use any techniques, they know in order to win.

There is no protection for the fighters’ bodies, so they can be seriously injured or even killed in a Vale Tudo bout.

Brazilian Jiu-Jitsu is a martial art that focuses on grappling and ground fighting. It is considered one of the most effective martial arts for self-defense, as it allows a smaller person to defend themselves against a larger opponent.

BJJ is also known for its deadly chokeholds, which can quickly render an opponent unconscious.

Silat is an Indonesian martial art that is known for its deadly techniques. It is a form of self-defense that can be used in real-world situations.

Silat is also a very effective form of combat against multiple attackers.

Kickboxing is a martial art that incorporates kicks and punches. It can be a deadly form of self-defense because of the power and speed that can be generated through the strikes.

Additionally, it can be used to defend oneself against an attacker.

LINE is a deadly martial arts system because it relies on efficient movement and powerful strikes. The combination of fluid motion and explosive force allows practitioners to quickly disable an opponent.

Additionally, the LINE system is designed to be adaptable to any situation, so users can respond effectively regardless of the scenario.

Jeet Kune Do is a martial art that was developed by Bruce Lee. It is based on the philosophy of “striking while the iron is hot.” This means that Jeet Kune Do practitioners aim to strike their opponent with the first move, and then follow up with more strikes until the opponent is downed.

Jeet Kune Do practitioners believe that this way of fighting gives them an advantage because they can take their opponent by surprise.

While Jeet Kune Do may not be as widely known as other martial arts, it is nonetheless an effective fighting system that can be used to great effect in self-defense situations.

Judo is a martial art that utilizes grappling and throws to incapacitate an opponent. The techniques employed in judo are very effective at neutralizing an opponent, which is why it is often used by law enforcement and the military.

Additionally, judo is a relatively safe martial art to practice, which is why it is popular among recreational athletes.

However, like any martial art, judo can be deadly if used in a self-defense situation. The techniques involved can quickly immobilize or even kill an opponent if applied correctly.

Lethwei is a Burmese martial art that is considered to be one of the deadliest in the world. It is a form of kickboxing that utilizes both striking and grappling techniques, and it is known for its devastating head kicks.

Because of the risk of serious injury, Lethwei matches are not fought to a knockout or submission, but rather to a point where one fighter is too injured to continue.

The Marine Corps Martial Arts Program (MCMAP) is a system of hand-to-hand combat and close-quarters battle (CQB) techniques that can be used by Marines of all ranks.

It is an extremely deadly system and can be used to disable or kill an opponent with relative ease. The system is based on principles of physics and anatomy and teaches Marines how to use their body weight and leverage to defeat an opponent.

It also teaches various grappling and submission techniques, as well as how to disarm an opponent. The MCMAP has been used in combat extensively and has proven to be an extremely effective tool for incapacitating enemies.

Arnis is a martial art that originated in the Philippines. It is a form of stick fighting that is deadly because of its use of Filipino martial arts techniques.

I know boxing is not really a martial art but if you want to up your punching technique then boxing is the key. Many fighters who fight in rings like the UFC or in other fighting tournaments train in boxing to add to their overall fighting skills.

Boxing is a sport where two people fight in a ring using their fists. It can be deadly because it can cause brain damage, and Boxers can also die from injuries sustained during a fight.

While there are many different martial arts styles that can be deadly, the ones we’ve highlighted in this article are some of the most effective and popular.

All of these styles rely on efficient movement and powerful strikes to disable or kill an opponent. If you’re interested in learning a deadly martial art for self-defense, any of these systems would be a good place to start.