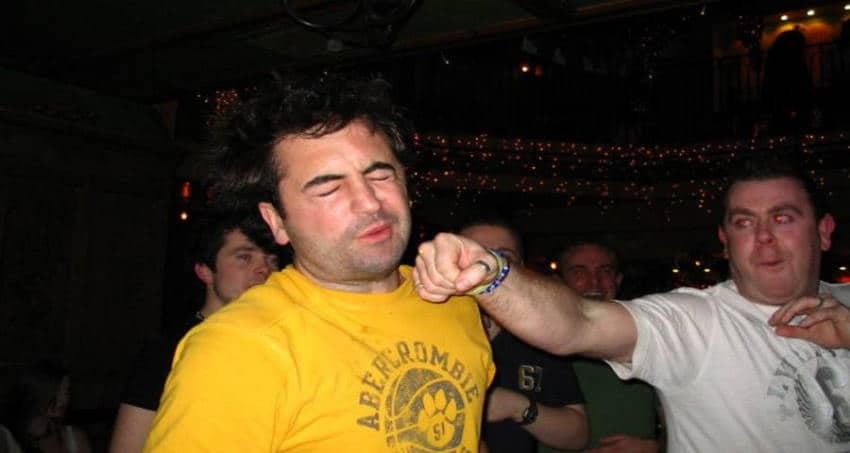 You want to know how to end a street fight as fast as you can without hurting yourself. When street fighting you know nothing about your opponent until the fight starts.

Ending a fight fast means you have to have some really good fighting skills.

The most common way to end a fight fast is to hit someone on the chin which if done properly will knock them out.

We need to talk more about what you should or should not do when you are in a situation to run or fight. Your situation determines which one you should do and we will go over them with you in this article.

We will also go through which martial arts or training you can do that will help you develop knockout punching power.

No one was born knowing how to box, punch or kick people to win a fight. You have to be trained to fight back or defends yourself if you are ever attacked.

This is probably the most straightforward method to win a street fight fast. You just avoid fights then you and the other person will not get hurt.

I am aware that that is not always feasible because you may get attacked or you just have no escape exit. If this is the case then you need to defend yourself by using anything at your deposal to stop the assault.

Do not go to places that will put you in bad situations. The best way to avoid trouble is to stay away from areas that may invite unsavory characters.

Everyone has heard of pressure points on the body that ancient Shaolin monks will tap and make you incapacitated.

This stuff is not real or people would use it in the real world all the time.

There are areas of the body that you can attack to end a fight much quicker than throwing random wild swings.

Here we will go over the top parts of the body to hit or strike.

This is the number one area to strike if you are getting attacked, someone is attempting to rape or kidnap you. You can strike the throat with a wide variety of strikes. Here are the ones we would use to end a fight.

Caution striking the throat can kill someone so only use this strike if your life is in jeopardy.

You have to be somewhat skilled or lucky to strike the chin to knock someone out. The chin is the key to a quick knockout in seconds. A strategic strike to the chin will knock the opponent out.

The chin is not a large target so hitting it just right to knock out an opponent is not always easy. A more skilled fighter can hit the chin more often but if you are not trained it is not so easy.

There are several strikes you can use to the chin. We will look at the most brutal ways to hit someone in the chin.

Strikes to the Chin

If you can strike the eye or push your finger into their eye socket this would stop an attack or at least make it so they cannot see. This can easily end a fight fast.

You can go for a kick to the groin but make sure it is a good one. The only problem with the groin strike is some men can take a hit there and not go down.

Most men will have issues coming after you with a well-placed hit there. Groin hits usually end fights quickly, especially when done with power and speed.

During street fights, most fighters aim for the head with wild swings but really good fighters know you can hit the solar plexus to knock the wind out of your opponent.

If you cannot breathe you cannot fight and once they bend over gives them a knee to the chin. The fight should be over!

I personally do not like getting hit in the nose because it hurts and makes my eyes water. This is the reason you want to hit someone in the nose.

To stop an attack or to defend yourself in a fight you must do what is necessary to win and get away. A nose strike is something I would do last because many people can fight through a nosebleed or broken nose.

I got into a school fight one time with a guy fifty pounds bigger than me. He started it and I tried to finish it but this guy was much bigger.

To make a long story short he did not want to box me since my hand speed was much faster than him so he grabbed my head.

Once he did that I head-butted him 3 times and knocked him down to the ground. The fight was over so don’t forget the headbutt and aim for the nose using your forehead.

Strike to a Knee

I was just training in MMA when a guy in the gym caught my kick pulled me forward and caused me to jump to not lose balance. The problem is I landed wrong and tore my ACL and meniscus.

It was not a big jump and did not look like much but the ACL tore and my meniscus tore. If you do a strike to the knee and tear an ACL that person is done fighting believe me I know.

I limped home with my knee the size of a softball.

You might carry a gun to protect yourself in today’s world. Make sure you have a permit and your concealed carry permit is on you at all times if your gun is with you all the time.

You also should take a concealed carry class to make sure you understand how to operate the gun.

Carrying a gun you must understand that you may have to use it one day if someone attacks you or a loved one.

Using a gun must be in self-defense or you risk going to jail. Which gun to buy and use depends on what you are looking for and how you want to carry it.

Check with the local gun store where you plan on buying the gun, they have experts to help you select the right gun for you.

A gun will end a street fight fast but maybe not in the way you intended. Hopefully, if you ever get into a fight you use your fist to knock them down not a gun if you can avoid it.

You might wonder about this move and it may not work like it used to. You can act crazy like you have nothing to lose and that you are a ruthless fighter.

People take a pause about fighting you if they think you are crazy.

Act real confident and start spouting off about how many guys you have fought. Make things up seem totally amped up and ready to destroy anyone that messes with you.

This will hopefully end a fight before it begins which is the best way to end a street fight fast.

Submission on the Ground

You can end a street fight quickly by taking the aggressor to the ground and submitting them with a choke, ankle lock, or arm lock. If they do not submit to end the fight you can choke them out or break a limb to end the fight.

I know these things sound brutal but you are fighting to defend yourself from an attacker or an aggressor.

Stopping someone from fighting you can be as simple as carrying a canister of pepper spray. You are going to have to defend yourself by fighting just pull out your pepper spray and hit the enemy right in the eyes.

That person will be down and incapacitated for several hours until the burning on their eyes and face subside.

This product knocks people down and makes it so they cannot see a thing. No eyesight makes it hard for them to chase after you or attack you.

You can just run away from the potential fight since the aggressor is incapacitated. If you need mace or pepper spray to check out our self-defense gear area where we recommend what to buy.

You want to drop someone quickly in a fight situation then use a stun gun. If you are going to get into a fight pulling out the old stun gun will stop a fight quickly.

No need to throw fists and bloody everyone involved. Make the street fight quickly by running 50,000 volts through the attacker’s body to drop them like a ton of bricks.

If you can avoid harm and stop a street fight with an aggressor then do it. They do not really get hurt and you get away unharmed.

You can find more information on self-defense weapons in our products review.

To win a street fight just avoid or stay out of situations that might find you have to fight someone.

The more you are aware of what is going on around you the better chance you have of avoiding trouble. This means you need to know what is happening all around you all the time.

You especially need to do this when you are alone or walking alone in areas with nobody around. A street fight happens because someone attacks you are gets into it with you over something usually trivial.

Just do not go down that path with them diffuse the situation and walk away. If you cannot walk or run to get away then stand and fight using the things we discuss to give you the best chance to win.

I know you were thinking that this would be the old kick in the groin, hit in the chin, and strike to the head kind of advice.

Today’s world is changing and there are more random street attacks where everyday folks minding their business are attacked.  You need to defend yourself and stop any fight before it gets started.

Quick strikes can do it if you are highly trained but carrying mace or a taser will have you best prepared for any bad situations.

If you want to learn the techniques above so you are able to do them if the situation arises then check out our free training videos by signing up.